Kru Live deliver #GreatestFinishes Campaign for Glenmorangie at The Open

The Open has an astonishing legacy of inspiring champions. Since the Championship began, golfing greats have set out to become the Champion Golfer of the Year and lift the iconic Claret Jug trophy. Millions across the globe have been united by shared memories of unforgettable moments that unfold at The Open.

For The 2016 Open, Glenmorangie is running a campaign called ‘The Greatest Finishes of the Open’, Dr Bill Lumsden, Glenmorangie’s Director of Distilling & Whisky Creation said “Not all Finishes are equal. It’s an art. Wood does magic things to whisky but only practise and precision bring about perfection.”

Glenmorangie have replicated the 18th green at Royal Troon in a scaled version and are giving consumers the chance to putt on the grass surface. Our amazing team are running the pop up golf putting experience throughout the tournament, encouraging participation, recording data and score. 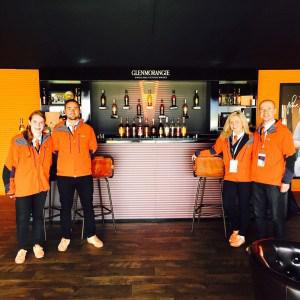