My third day in sunny Florida and although I tried my best, I didn’t win the $1.5 Billion jackpot with the Florida Lottery and the Powerball! This has been a hot topic everyone has been talking about and so I thought it was best I get involved! #IamStillPoor

Now back to Victory; I met with the lovely Bre who is the Community Manager at the agency and her jobs spans from managing their social media pages: Instagram and Facebook to also creating internal training videos for clients and staff. I took a shining to Victory’s Instagram page even before I came out and visited and Bre showed me a few handy tools she uses which I will definitely be sharing with my team too!

During the afternoon I sat with Amy one of brilliant AM’s and ran through their recruitment process; she also showed me a short film starring non other than Victory’s Frankie, acting out different job roles and showing the high energy required for the industry in order to entice new recruits to join them for their Orlando recruitment day held last year – work it Frankie! As I am running through a detailed session next week on Kru Live’s recruitment process, I shared our recruitment video’s with Amy from the past two years just to highlight the way in which we book and run our recruitment roadshows and shared our 2016 recruitment roadshow plans which will be kicking off on 28th January in Glasgow followed by Manchester, Birmingham and London.

In the evening the team took me to a burger restaurant called Ford’s Garage (pronounced in an effortlessly cool way of Garaarge compared to the UK) which was in the style of a 1920’s gas station and was pimped out with Ford car parts. I had mini sliders and tried an American delicacy of fried pickles for the first time…I wasn’t overly sure of but now I can safely say I am a fan! We then went on to watch the Florida Everblades the local Ice Hockey team which I repeatedly thought were the Florida Icebergs and received some funny looks from the ‘Snow Bird’ spectators! The Everblades won and I got a souvenir t-shirt caught by Rich and his albatross wingspan when they were thrown into the crowd…thanks Rich!

In case you were wondering Snow Birds are the population of senior citizens who travel from the cold weather in the North of the US down to the warm weather in the South here in Florida, complete with their Hawaiian shirts and sock and sandals; adorable yet treacherous drivers or so I keep hearing!

Hello, everyone! Day three was yet another great experience. After a bit of office time, Pete and I headed to Wood Green for a meeting with a client. He went over the space and the details for the activation, which again, was beneficial because we don’t normally get to visit clients face to face in the states. It was definitely rewarding in the sense that they were able to determine those activation details right off the bat.

After the work day was over, we met Tom, SJ and Ben over at a pub right around Piccadilly Circus. Immediately following that we went to a nice dinner followed by another drink or two at the club/lounge connected to the restaurant. Hearing how the company started was fascinating because there were many similarities to how Vinny and Dana operated back in the day. I told them about our old office (which looked much like a Pizza Hut) and the comparisons to Kru Live’s olden days were uncanny. Everyone has been so welcoming and I can’t wait to experience what’s in store for the rest of my trip. 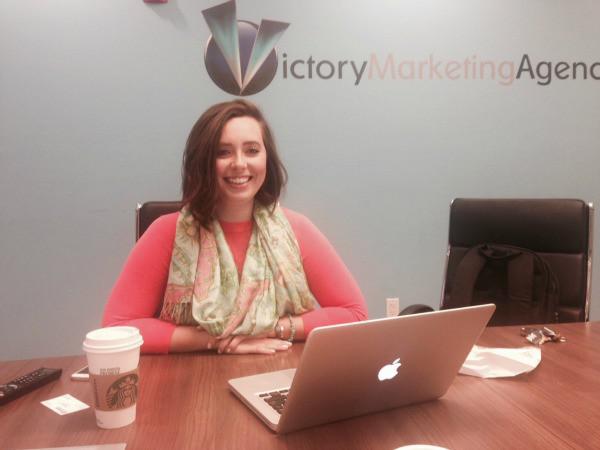