Lucy in Florida – Day One

I touched down in Fort Myers, Florida and received the best welcome from the entire team at Victory, all lined up the reception area and applauding my arrival! Red faced I accepted the applause and began to meet and greet the 21 strong team of Victory ‘super heroes’ all of which were extremely friendly and welcoming. A lovely breakfast followed of fruit salad, scrambled eggs and pastries (my kind of breakfast!) and really relaxed chats of how my flight was and how excited I was to be part of their team for two weeks.

Monday’s schedule included meeting the account management team: Laura, Nicholle and Amy running through initial processes and comparing those of Kru Live; some really interesting talking points that we will continue to explore throughout the week. This was followed by lunch with Laura and Kayla and Richard two of the staffing coordinators at BJ’s restaurant in which Rich who is tall and athletic in stature ordered a ‘Shirley Temple’ I can only describe as the pinkest, most feminine choice of drink…that’s right Rich your secret is out!

In the afternoon I met with Mike the teams HR Generalist who ran through Victory’s history and values which was so interesting to hear and to see the similarities in not only our companies starting point but also the similarities in team members and stories we have in both of our teams. I was also introduced to ‘brain breaks’ which is just as it says on the tin; a short period of time in which you literally give your brain a break from you work. Vinny who is Victory’s victorious President of the company said various studies have shown you should give your mind a break for at least 20 minutes during the day in order to reset and to re focus on your work. Nothing over encompassing but 15 to 20 minutes time taken out with a few members at a time to either play a game and to relax your mind and release any stress. Ours consisted of a very well known controversial card game which was more than an ice breaker and certainly made me feel at ease with the team – hilarious!

I then met with Vinny for a welcome chat and we ran through the Victory online app and their developments they are currently working on and I also ran through our Kru Live app in which staff members now use to confirm their arrival and departure to and from site; something that has worked incredibly well for both teams UK and State side.

At the end of my first day I look back and think what an incredible opportunity and how grateful I am to be apart of it…here’s to the next two amazing weeks!

Hello, everyone! Yesterday I arrived here in beautiful London, England. After a quick 3-hour flight to Newark, and a ten-hour layover, I was finally able to hop on the flight across the pond. The plane ride was a memorable one to say the least; on my left I had a peacefully comatose woman twitching and kicking in her sleep and contrarily, on my right, a portly gentleman sneezing sweet nothings in my ear. So that was grand! Despite my frank sarcasm, it was an enjoyable plane ride! As far as London goes, every aspect, from the weather to the layout of the city and the tube are almost exactly how I pictured it.

Upon my arrival, Tom scooped me up from the airport upon which we took a mini tour of the Fulham area where my flat is located. The apartment is the stereotypical bachelor pad which makes it extremely comfortable and only a short 5-10 min walk from the KruLive office. After the brief tour of the Fulham area and my first look at the Thames, Tom, SJ and I went for breakfast across the street. After I took a quick nap, Siobhan was able to meet up for a short tour around the shops and pubs of Fulham and Putney which was extremely beneficial to grasp my bearings around the area. The remainder of Sunday was just to relax before a great start to the work day on Monday.

On Monday, my first day in the office, we had a morning meeting and a meet and greet so I could get to know the whole team! Everyone was very welcoming and I almost instantaneously felt like part of the team. After the meeting and a tour of the office, some of the team sat down with me to explain staffing procedures. Most of the procedures were similar in the way staff are hired and secured (phone calls, emails, interviews on experience, personality questions, etc.) One of the similarities that stood out was the collateral recruitment of staff. No matter what the focused event, there is always a need to modify the database and recruit new, reliable members that can consistently update their profiles every week.

After the staffing meeting, was a meeting with KruTalent. This team focuses on the entertainment portion of event marketing and will hire staff in the realm of bands, actors/actresses, javelin-swallowers, flamethrowers, etc. Maybe javelin-swallowers is a stretch but I think you all get the drift… 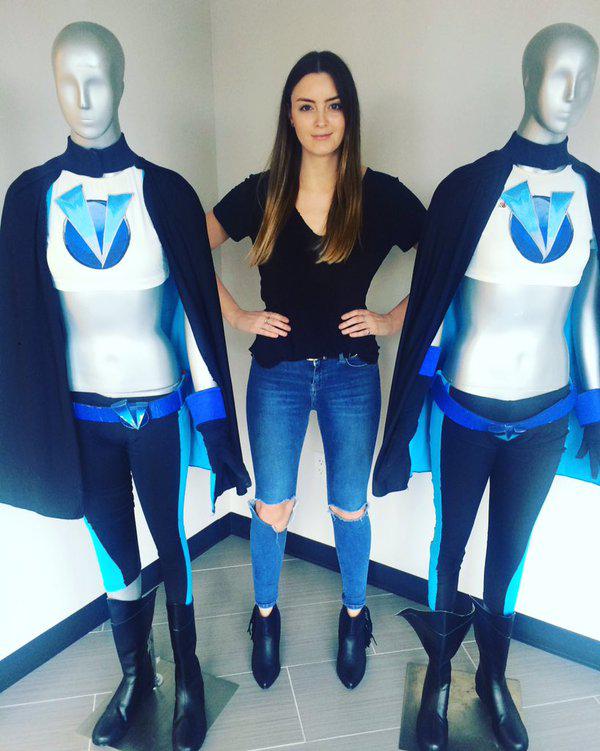